Steve West is the CEO of ChargeNet. He and his wife Dee have four children, the oldest of  which, was given a blog assignment this weekend to discuss the petrol tax. Daniel researched and wrote the following blog all of his own volition.

I believe that it is an amazing idea to add a ten cent per litre tax to fuel for the reasons I have listed below. However, there is one problem which I will explain.

The first reason I believe a tax on fuel is a good idea is that it encourages people to carpool. Nobody wants to pay money when unnecessary, so when the price of fuel goes up, it means that there is another reason to carpool. If people start carpooling more, or catching public transport more often, there will be a substantially smaller volume of traffic.

This means that people can get to where they need to be sooner, so they can have more time to sleep in or prepare, giving them another reason to stop driving by themselves. As you can see, this tax could encourage people to use public transport, which has an abundance of benefits.

If there is less traffic because of more public transport usage and carpooling, there is a smaller chance that cars will hit each other. 318 people have died on the road this year in New Zealand according to the New Zealand Transport Agency, an appalling number of deaths which could have been avoided, but with this new tax, this number could half.

Another reason is that if there is a tax on fuel, people will stop driving to places unnecessarily. For example, if you needed something from the dairy – which in this case is around a block away – instead of driving there, you would walk, because you know it’s easy, and you will be saving money.

Two side-effects of this are lower co2 emissions, and a healthier body. By not using your car, you are not releasing gas from your exhaust into the atmosphere, adding to global warming. Global warming has literally swallowed 5 ISLANDS in the pacific, and is getting bigger everyday.

As well as that, walking there gets you exercise, and because of the increasing trend of obesity and obesity caused diseases, more exercise benefits us all. Because of all of the side effects from such a small thing, it should be incomprehensibly unmistakable that this tax has some good outcomes.

And it’s not exclusively my parents’ business, there are plenty of other businesses that are centered around electric cars. In addition, the car companies will benefit because almost all have them have said they will make at least one electric model in the near future. As you can see, this tax can be beneficial to not only people, but companies too.

What the petrol tax won't fix

The downside to this is that New Zealand has a sort of poverty crisis at the moment, and this would not help. Lots of people are barely surviving with their income at the moment, and adding this tax is just adding fuel to the fire.

Also, electric cars are quite pricey, but that is changing as we speak, and buses will become more expensive because of the tax, but Auckland is one of the few cities which have said to buy only electric buses by 2025. So there are a couple downsides to this tax, but they are definitely outweighed by the good outcomes.

To conclude, a tax on petrol is extremely helpful for an abundance of reasons, such as less traffic, lower carbon emissions, more fitness, and business benefits. Hopefully from the reasons I have provided you, you are able to consider the usefulness of this tax, and that you shouldn’t despise it. 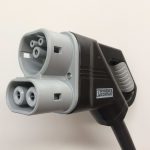 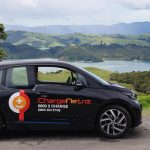