In October 2015, ChargeNet went live with its first electric vehicle charger Jaques’ Four Square in Kaiwaka, 100km north of Auckland’s CBD. In collaboration with Northpower and Kaipara District Council, ChargeNet chose Kaiwaka because Northland had the highest per-capita concentration of EVs in the country. For more than five years this charger has powered up EVs travelling around Northland.

The charger was the country’s second fast-charger for electric vehicles, adding to the first installed by Northpower in Whangarei’s Alexander St in 2014. At the time, there were just under 1,000 electric vehicles registered in New Zealand, now five years later, there are more than 23,000. Since then, ChargeNet has installed more than two hundred 50 kW chargers around the country, with 15 of those fast chargers located in Northland.

EV drivers now have 15 fast-charging stations to get around Northland. They are installed in Kaiwaka, as well as Dargaville, Whangarei south, Whangarei central, Whangarei north, Opononi, Kaikohe, Kawakawa, Kerikeri, Waipapa, Cooper’s Beach, two in Kaitaia, Houhora, and as far north as Waitiki Landing.

With the assistance of round 8 of the Low Emission Vehicles Contestable Fund, ChargeNet plans to install dual 300kW Hyperchargers in Kaiwaka before the end of 2021. Each station can charge two CCS vehicles at up to 300kW and one CHAdeMO vehicle at up to 62kW, allowing charging for up to six EVs simultaneously.

The hyperchargers will allow EV drivers to quickly add hundreds of kilometres of driving range in the short time it takes to stop for lunch and a coffee. Specific EV models can charge at the 300kW Hyperchargers six times faster than on ChargeNet’s standard 50kW charging stations, enabling the newest generation of EVs to add 300km of charge in only 10 minutes.

Those planning a trip can check for available charging stations at https://charge.net.nz/map/. 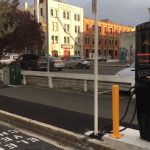 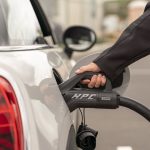