An electric vehicle fast charger is opening in Kaitaia at 11am on Wednesday the 4th of April. It is one of a number of chargers that are being opened in the far north as part of the Crimson Coast EV Highway.

The charger is officially being opened by representatives from Te Ahu Trust and ChargeNet at the Te Ahu carpark and will see a convoy of electric vehicles (EVs) in attendance as part of the annual Leading the Charge Road Trip from Bluff to Te Rerenga Wairua (Cape Reinga).

The vehicles will be publicly available to view and test drive, and will include the Hyundai Ioniq, BMW i3, Tesla S and X models, and a Nissan eNV-200 camper van.

ChargeNet CEO Steve West, is excited about what the growing electric vehicle (EV) infrastructure in the region.

“EVs are now much more affordable than ever thanks to rapid technological change and an increased supply of EVs in New Zealand. For Kaitaia, as with the Far North in general, a stumbling block to increased EV uptake has been having enough charging stations in strategic locations. This charging station at Te Ahu, like the others we are opening as part of the Crimson Coast EV Highway project will go a long way to solving that issue and help increase the uptake of EVs across the district. This will help both locals and visitors alike to explore the region and improve the environment.”

Used electric vehicles start at $10,000 and are routinely charged overnight at homes. Public charge stations enable road trips and boost the visibility of electric motoring. A fast charge station will charge most cars to 80% in 25 minutes. Demand for charging equipment is expected to rise rapidly, with New Zealand at well over 7000 electric vehicles as of March. 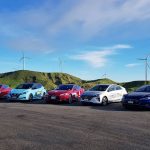 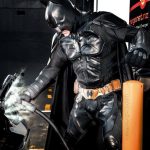